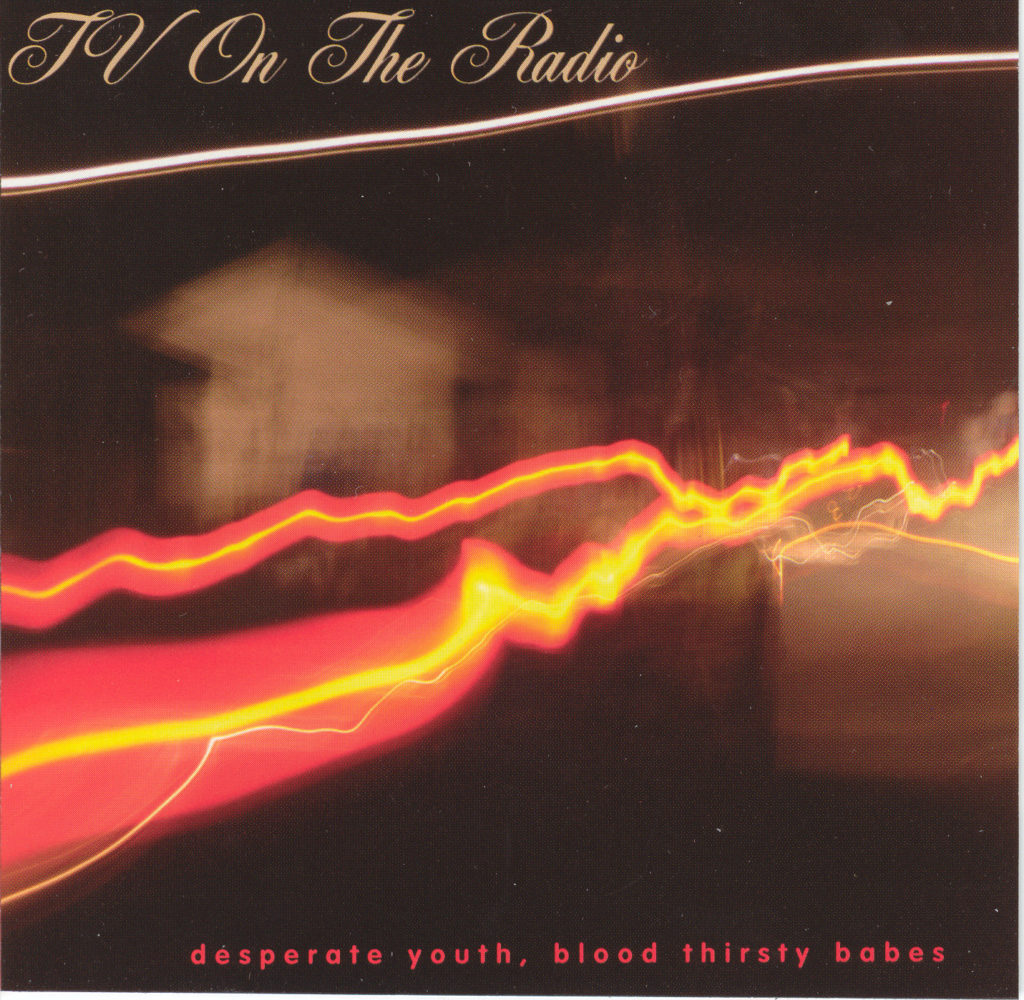 Are you ready for doo-wop-tronica?

THE SCENE: In 2003 Brooklyn duo TV On The Radio released their first EP Young Liars, a rich nugget of distorted instrumentation and crystal-clear vocals including a doo-wop remake of The Pixies “Mr. Grieves”. Energized by a fistful of nice reviews and a supportive record label they released their first full-length recording the following year, the even stranger Desperate Youth, Blood Thirsty Babes.

Now a trio with guitarist/vocalist Kyp Malone, TV On The Radio continues to politely invert the hierarchy of modern rock songs. For starters lead singer Tunde Adibempe can really sing, and he drips multiple layers of his honeyed voice on every song. Secondly, there are no lead instruments. The guitars usually act as melodic percussion, while the drums sometimes drop out completely, as they do on the trance-like “Staring at the Sun”. Its droning rhythms cascade in waves while Adibempe’s stacked falsetto swims through the sound:

The lyrical tone of urban alienation and disorientation is present in every song, yet it’s tempered with melancholia and flashes of fun. Even the first song “The Wrong Way”, which begins with what sounds like a CD player skipping over an electrical hum, turns into a happy sax-filled shuffle while still keeping the CD player skipping sound intact.

What sets this record apart is the amount of soulfulness that’s rarely present any modern music. Dig the tribal drums of “Poppy”, the call-and-response guitars of “Bomb Yourself” and the barbershop quartet of “Ambulance”. An a cappella tour de force, “Ambulance” beautifully explains one couple’s view of interdependence:

The interdependence of warm, gospel voices and clinical, shadowy sounds is unique to TV On The Radio.

THE FALLOUT: International critical acclaim. Opening gigs for The Pixies. A new album is in the works, as a sextet. Doo-wop-tronica lives on!

Desperate Youth, Blood Thirsty Babes is available from Amazon and you can sample tracks here:

NEXT WEEK: Funkadelic pretends to be Parliament and confuses the nation.

One thought on “TV On The Radio: Desperate Youth, Blood Thirsty Babes (2004)”